Reserve tickets
- By email: kbh@yoga.dk or on tel. +45 33 34 35 36 during opening hours Monday - Friday 10 - 17.
- Or select concert and day at the top of the page and book tickets via the school's course booking system. Please note it is in Danish and that you in this system will be asked for your birthday or social security number in order to book.
- You can also buy tickets at the yoga school's shop at Købmagergade 65.
- Remaining tickets are sold at the entrance.

Arjun Verma is the son of Roop Verma, whose sitar concerts and workshops many of our students have experienced here at the school. Already at the age of five Arjun began learning sitar by his father and as a teenager he studied directly with world-famous sitarist Ali Akbar Khan for eight years. Arjun continues in the best possible way the tradition - both as a concert musician and as a teacher. He teaches at Ali Akbar College of Music, the California Jazz Conservatory and is also the head of the sitar line at the East-West School of Music. He works from the same understanding of North Indian Classical Music as his two masters: the music is not entertainment, but a path to personal development - a means of connecting with the deepest experience of being human. The sound vibrations touch our inner being.

Read more about his background

This concept of music creates a unique opportunity for immersion and Arjun Verma provides this quality regardless of whether he plays for a small dedicated group or a large audience, as when he played for the United Nations in Geneva for the 50th anniversary. Or when he brings the sitar into Western music forms such as opera and jazz or collaborates with Bob Weir from Grateful Dead. Among the many artists he works with are Krishna Das and Alam Khan.

Suranjana Ghosh is an inspiring musician from India. Now living in Sweden, she has enriched the modern Swedish music world with Indian  tablas.
She brings Indian rhythms into new contexts with great musicality, crossing over genres like folk music, flamenco, blues, jazz, church music, opera and other classical works.
In recent years she has cooperated with many renowned Swedish musicians on different projects, including her own group Teental.
Internationally she has played in Scandinavia, England, Greece, France og India - at festivals, concerts og jazzclubs etc.
Suranjana composes music and has published three albums. 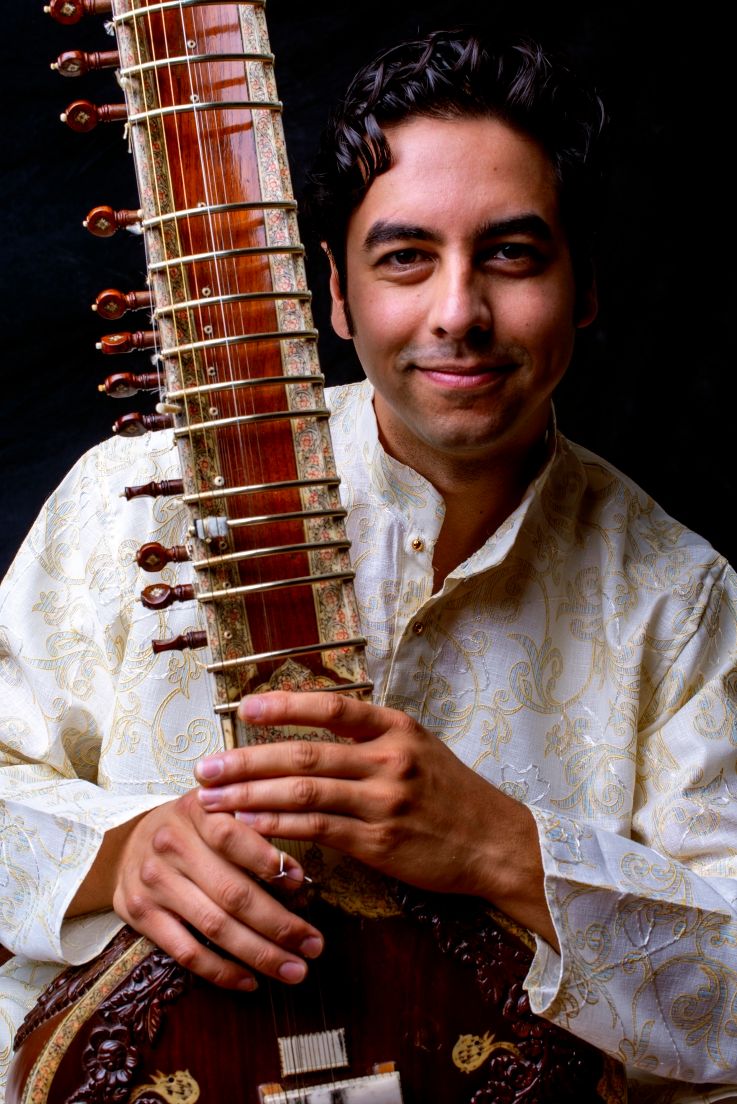